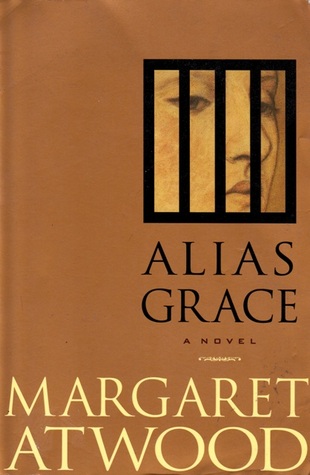 Margaret Atwood is one of my favourite writers, so I was more than happy when the Tbilisi English Language Book Club chose this as their next book to discuss. The story is about Grace Marks, a woman notorious in 19th century Canada, who was convicted along with a man named James McDermott of the murder of their employer a  Mr Kinnear, the housekeeper, Nancy was also murdered.

The novel looks at the harsh lives of poor immigrant women in the mid 19th century. Grace is born in Northern Ireland and comes to Canada in the squalid lower decks of a ship with her family, tragically her mother dies on the crossing and her drunken father puts her out to work in service in Toronto at the tender age of 13.

It’s not easy being quiet and good, it’s like hanging on to the edge of a bridge when you’ve already fallen over; you don’t seem to be moving, just dangling there, and yet it is taking all your strength.

It is a framed story, which starts in the penitentiary, 15 years after the crime and a psychiatrist with theories about amnesia, Simon Jordan, is interviewing Grace to determine if she were innocent or guilty and if she is sane or not. Grace is an unreliable narrator, we have no means of knowing whether she is telling us the truth or not.

Simon tells himself to stop being so extreme and histrionic. It may well be that Grace is a true amnesiac. Or simply contrary. Or simply guilty.

Grace escaped the scaffold because she has a bright young lawyer (“It was my own lawyer, Mr. Kenneth MacKenzie, Esq., who told them I was next door to an idiot.“) asking for clemency on account of her age (15/16), she was still sentenced to life imprisonment and spent some time in a lunatic asylum before moving to the penitentiary. James McDermott didn’t escape the noose and before he was hanged blamed Grace for instigating the murders.

Margaret Atwood shows how limited any real choice was for a woman, particularly a poor one in that time period. The novel is a mixture of historical fiction and murder mystery. The time period, the transport, the clothing and the life of a servant is intricately recreated. It is an enthralling read, which I would highly recommend.